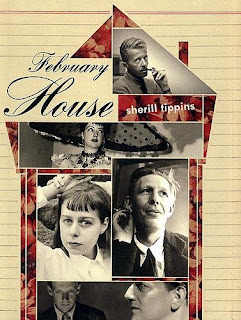 Group houses are usually associated with a ribbon of empty pizza boxes on the floor, recent college grads trying to get on a career track, or graduates finishing an advanced degree and cutting back on other expenses. Or for others, people just trying to get back on their feet after some kind of life crisis or spill.
For the occupants of February House, the group home of Carson McCullers, Benjamin Britton, W.H. Auden and others, the company of artists fed the imaginations and musings of the permanent residents as well as other creatives who were just passing through.
Thursday, May 14 at 7 PM, Chapters Literary Arts Center presents an evening with Sherill Tippens, the author of February House: The Story of Carson MCcullers, W.H. Auden, Benjamin Britten, and Gypsy Rose Lee, Under One Roof in Wartime America. The event will be at the Charles Sumner School at 17th & M Streets, NW (across from National Geographic). For information email chapters.literary@erols.com. The event is FREE and open to the public.
How "lively" was this group house on Middagh Street in Brooklyn, NY? Here are a few questions from the Random House discussion guide:

Louis MacNeice observed that the residents of 7 Middagh Street were "ever so bohemian, raiding the icebox at midnight and eating the catfood by mistake." Was this eccentric, highly tolerant, and often chaotic environment a necessary part of the creative equation? What might the ideal conditions be for writing a novel or composing music — a routine, quiet life, as Gustave Flaubert suggested, or a life open to all of life's random elements and occurrences? Which kinds of conditions do you find best facilitate your own creative work?

Paul Bowles traced his wife Jane's increased alcohol consumption and, following Auden's example, her use of Benzedrine tablets to her stay at 7 Middagh. Years earlier, it was George Davis who introduced Auden to the stimulants in the first place. Do you see a pattern of drug and alcohol abuse in the house? What role did it play in setting the stage for the creative synergy that characterized the experiment? How would the house have been different without these substances? To what degree did they lead to the end of the communal living experiment?

Two of the temporary residents of February House were the international strip-tease artist Gypsy Rose Lee who used the space to write and complete a novel; Tippins writes:

Carson felt that she could tell Gypsy anything, so of course she did.

And Richard Wright, his wife Ellen and their daughter who left the house after one year:

He found it too painful, he said, to witness Carson's self-destruction through drinking and George's dangerous adventures among the bars and brothels of Sands Street.

Sherill Tippins is also the coauthor of The Irreverent Guide to New York. She moved to New York from Austin, Texas, at the age of twenty-two to pursue a career as a screenwriter and author. Ten years later, having settled with her husband and two children in Brooklyn Heights, a quiet neighborhood overlooking Manhattan at the foot of the Brooklyn Bridge, she began volunteering for a neighborhood meal-delivery program to the elderly and infirm. It was from one of these neighbors that she first heard of the extraordinary experiment in communal living — involving a British poet, a southern novelist, one of the world's great opera composers, and a celebrated stripper — that had taken place sixty years earlier just a few blocks from her home. Her fascination with the house and its residents prompted her to begin collecting facts and anecdotes about their shared life in Brooklyn, and eventually to recreate their experience in February House.

Tippins is now at work on another untold story, of a century's worth of creative interaction and raucous living — stretching over the decades from Sarah Bernhardt to O. Henry, from Thomas Wolfe to Jackson Pollock, William Burroughs, Andy Warhol, Bob Dylan, Patti Smith, and beyond — set in New York's famous (and infamous) Victorian-era edifice the Chelsea Hotel.
Posted by The 2010 Big Read D.C. at 12:44 PM No comments: 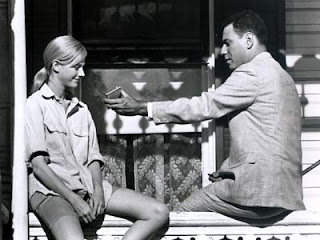 TONIGHT (Tues., May 12) Eliza McGraw, author of Two Covenants: Twentieth-Century Representations of Southern Jewishness will introduce a special screening of the 1968 film adaptation of “The Heart Is a Lonely Hunter” at the Washington DC Jewish Community Center. Dr. McGraw’s introduction will focus on John Singer’s Jewish identity as well as the gaps created by surveys of southern culture that rarely assess the contributions of Jews and histories of Jews in America and living in the American South.
The Washington DC Jewish Community Center posted more about the event and Jewish identity in The Heart Is a Lonely Hunter on the 16thstreetj blog yesterday:
http://16thstreetj.wordpress.com/2009/05/11/spotting-the-jewish-in-the-heart-is-a-lonely-hunter/ 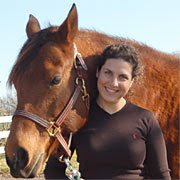 Dr. McGraw's expertise extends beyond southern culture and sensibilities. She is an expert equestrian. Her recent book, Greatest Kentucky Derby Upsets, came off the press in 2007 and is now begging for an update thanks to this year's long-shot, Mine That Bird (50-1). In an email chat, I asked McGraw if she saw that coming:

I definitely did not see that long shot coming. I was pulling for Pioneer of the Nile, because I am a Bob Baffert fan and believe he is due for a comeback. (But the last time I picked a Derby winner was Silver Charm, so I don't have a very good record as a handicapper.)

WHAT: BRIDGES: Hearing and Deaf Students Connect Through Poetry - book launch by students from Calvin Coolidge High School and the Model Secondary School for the Deaf
WHEN: Friday, May 29, 2009 at 6 PM
WHERE: Busboys and Poets, 2021 14th Street, NW at V
FREE and open to the public.

D.C. is reading A Lesson Before Dying during the months of
April and May, 2010 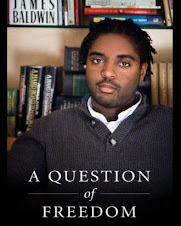 R. Dwayne Betts, author of A Question of Freedom will participate in this year's city read.